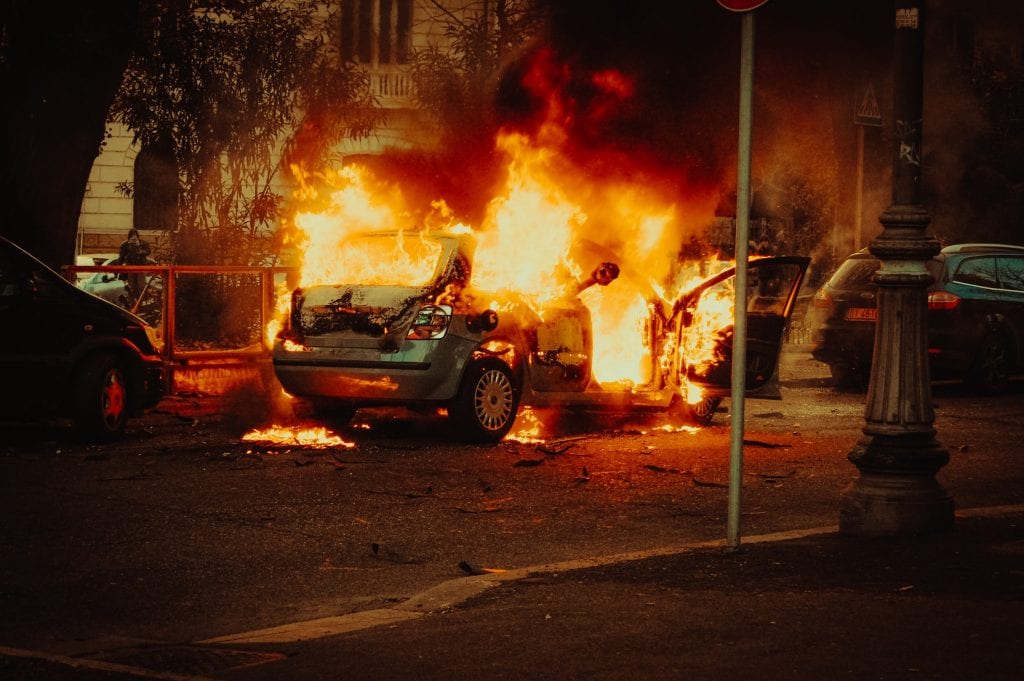 Criminal Rioting Acts: The Number One Cause of Costly Property Crimes in 2020

Widespread criminal rioting acts occurring throughout several major U.S. cities in Summer, Fall, and Winter of 2020 has resulted in the most devastating onslaught of costly property crimes unleashed in recent history. By August 15th of 2020, property crime damages stood at an estimated $543 million between the three major cities of Chicago, Minneapolis, and Portland alone. The most costly property crimes perpetrated upon communities during rioting are acts of arson, vandalism, looting, and graffiti.

Millions of dollars are lost to property crimes each year. Sadly, police solve rates for such crimes grimly hovers under 20%. Increasingly, the biggest crime-solving asset available to law enforcement is real-time footage captured by video security systems. Rioters and looters know that video surveillance poses a threat. They also know that face masks, hats, hoodies, stocking caps, sunglasses, or any face-obscuring attire is easy to find. Typically, disguises can make it harder to get caught. But high-definition video cameras and AI-driven software are making the art of disguise an ineffectual and futile pursuit.

In addition to city-owned video surveillance networks, access to privately-owned smart video systems is dramatically improving response, arrest, and prosecution. Nowadays, police can quickly identify a perpetrator – even in disguise – and track the suspect’s movements. Augmented by high-quality imaging, law enforcement has clear visibility of a suspect’s attire and actions before, during, and after a crime. When used as evidence, high-resolution video footage is paramount to successful prosecution.

Without video evidence, property owners have little hope for an arrest and prosecution. Ultimately, the prosecution is the best means to recoup monetary losses resulting from property crime. Otherwise, the alternative is to get comfortable with paying increasingly higher annual property insurance premiums for years to come.