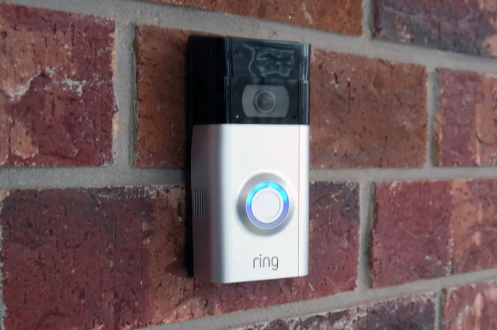 In October of last year, a good samaritan in Florida walked over to his neighbor’s house to drop off a package that had been mistakenly delivered to his address. Little did that man know, though, that his neighbor was watching him on an Amazon Ring doorbell camera.

That day, the surveillance device delivered an alert to the man’s neighbor and the neighbor’s teenage son. Then, the son– who assumed his home was being broken into– picked up a .45-caliber handgun and began firing on an innocent woman who had been sitting in her car.

Thankfully, the woman was not injured. But she did have a child’s car seat sitting in her back seat– which was hit by seven separate rounds. Had the woman’s child been in the car seat that day, their life likely would have been taken from them.

Are Ring Doorbells To Blame?

Those who support the surveillance sector might claim that this near-deadly act was completely unrelated to Ring or other similar doorbell camera systems. Instead, the blame might be placed on guns, the neighborhood, or the neighbors’ quick jump to action without confirmation.

But aren’t devices like the Ring doorbell and other associated apps encouraging Americans to be on constant alert, to jump into action, even when there may not be a threat?

These systems are arguably no better than social media– constantly pinging homeowners with notifications, offering the same “infinite scroll” capabilities as entertainment platforms like Instagram or TikTok, and stealing our attention away from day-to-day life in usually harmless scenarios. No wonder people are constantly on edge, anxious, and suspicious of others.

Even worse, the Ring and related apps create a culture around watching your neighbors– making the habit feel normal, acceptable, and quite addicting.

Surveillance Is The New Norm

Of course, wanting to keep your property secure and surveilled is one wholly acceptable preference. That is not to say, though, that the culture surrounding DIY surveillance devices and apps isn’t getting out of hand.

Take the Neighbors App, for instance, which is associated with Amazon Ring and had over ten million users in 2020. Similar to the Ring, millions of other homeowners across the country have devices like Wyze, or the Google Nest plastered to their front doors.

And even though the initial goal of empowering homeowners to take control of their surveillance systems may have been commendable, the emerging network of “neighborhood watchers” is actually making our communities less safe.

How These Devices Are Threatening Communal Safety

Ever since the rise of TikTok and the prioritization of video content on platforms like Instagram and Facebook, tens of millions of homeowners equipped with Ring-like devices have taken to the web. There, they post images and videos captured from cameras throughout the neighborhood on social media, as well as on citizen watch forums– such as NextDoor and Citizen App.

Recent research published by Data & Society, a nonprofit research organization, even revealed that homeowners are using social media platforms and Ring device footage to watch and punish gig workers, like food delivery drivers. Plus, this past July, it came to light that Amazon actually infringes upon our civil liberties by handing surveillance footage over to the police without any notifications, consent, or warrants.

Rather than dealing with these concerns, though, Amazon has seemingly pushed them to the wayside. Instead, the Ring cameras are increasingly marketed as being “fun” as opposed to strictly for security purposes. Amazon even launched an entire television show known as “Ring Nation,” which features security footage clips that had gone viral on social media following a homeowner’s posting.

Not only does such a television show work to make the presence of such widespread surveillance feel normal, but it encourages everyone to become a bit more suspicious of their neighbors. After all, if you are constantly watching and happen to catch something questionable or embarrassing, that footage might make it on the television show, right?

In addition to the perpetuation of Ring as an entertainment source online, the device has also been accused of fueling racial biases. Ring’s companion app, known as Neighbors, allows the doorbell camera users to submit tips concerning “suspicious people” whenever they feel unsettled by the people outside their home. Yet, a 2019 analysis conducted by Motherboard found that most of the time, these reports of “suspicious people” specifically target people of color.

The Ring’s subpar security measures have also made way for numerous terrifying incidents over the past few years– allowing hackers and stalkers to penetrate homeowner’s cameras. In 2019, one man hacked into an eight-year-old girl’s bedroom camera, claiming to be Santa Claus. That same December, a Florida family was horrified after a hacker began spewing racist slurs at their son.

Plus, in 2021, Amazon reportedly partnered with approximately two thousand police and fire departments– essentially giving law enforcement officers a portal in which they can request footage from Ring device owners. This portal was set up in exchange for the officers’ help in marketing Amazon products.

So now, with every single additional Ring device purchased by a consumer, Amazon’s surveillance empire grows– increasing the likelihood of hacking, racial profiling, and neighbors turning against one another.

At the end of the day, this is not a problem that can be solved by any consumer choices– such as boycotting or anything else. Instead, policymakers will need to crack down on these widespread efforts to monopolize surveillance empires.

And thankfully, these efforts are already underway– with some bipartisan moves currently looking to tighten the ropes around surveillance capitalists.

The American Innovation and Choice Online Act is Congress’ latest effort, which– when passed– will restrict Big Tech giants from engaging in anti-competitive practices and self-dealing. Lawmakers are also expected to pass improved privacy legislation that will crack down on Amazon’s storing of intimate data.

Additionally, the Federal Communications Commission (FCC) does have the authority to address some threats presented by Wi-Fi-connected devices, like the Ring Doorbell Camera and Amazon’s Ring drones. Finally, the Federal Trade Commission (FTC) has been exploring rules to “crackdown on harmful commercial surveillance and lax data security.”

Still, until these legislative changes are fervently put into action, it is important to remember the downfall of such widespread Wi-Fi-connected devices on both your own personal safety and security, as well as the safety and security of your neighbors.