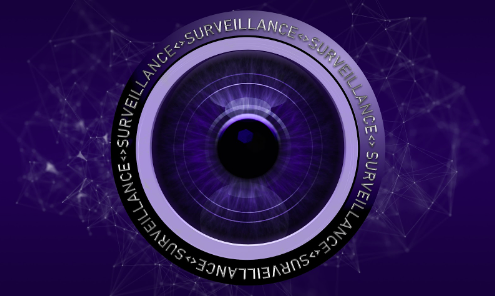 One of the major benefits of having a video surveillance system on your business or personal property is knowing that should a crime ever occur, you will have indisputable video evidence of it. However, simply capturing footage of a break-in, theft, or act of vandalism is not enough. You also have to safely store it.

In Resolute Partners’ last blog post, Is Your Video Security Footage Usable In Court? we discussed the four critical criteria for ensuring your video evidence is admissible in the event of litigation: image clarity, time stamping, availability of footage, and chain of custody. Arguably one of the most important aspects of this criteria, though, pertains to footage availability– specifically, how can you ensure your footage is safely stored for long periods of time?

Now that video surveillance systems have become the go-to safety measure in virtually every sector– from public property and businesses to private homes– video footage is a critical tool used to solve crimes and seek justice within courtrooms. In fact, an estimated 80% of litigated cases now involve video evidence, according to the U.S. Department of Justice’s Bureau of Justice Assistance.

Merely catching a perpetrator on camera is only the first step in ensuring your time, money, and peace of mind are spared while going through the legal process. Pursuing legal action against an assailant is seldom a quick or pain-free process. Unless a case is resolved during the mediation stage, it will reach trial– often taking between 12 to 24 months to litigate and sometimes even longer.

This is a significant period of time to hold onto valuable and incriminating evidence. So, planning ahead for indefinite and accessible video storage is key. This will ensure that when the time comes, you can quickly recall necessary footage to make your litigation process as smooth and easy as possible.

Storing footage locally can come with a wide range of benefits, including speed of access, increased security against hacking, and protection against lapses in internet access. Most security professionals also recommend a two-tiered approach– with property owners simultaneously storing footage on a local drive and in a cloud network. But, to answer the question of how much storage your local drive will need, there are various points to consider: resolution versus time, frame rate, amount of motion, and codec and compression.

When you are deciding how much storage capacity is needed for your video surveillance footage, you must consider the resolution and the length of your recordings. Videos recorded at lower resolutions will take up less memory as opposed to high-resolution footage. However, clarity will be sacrificed– which can make or break your court case.

Today, the most common modern security cameras offer three different resolution options– 1080 pixels, 1440 pixels (also known as 2K), and 4K. And depending upon the brand of system purchased, you may have the option of storing high-res footage at a lower resolution in order to conserve space on your drive.

The time at which your video surveillance system actually starts recording will also impact how much storage is needed. Most security cameras will record individual events by default– beginning as soon as motion is detected and continuing to record until the sensed activity is finished. Typically, this footage will land between thirty seconds and two minutes long. New AI functions and files allow for a high degree of granularity in these settings – for example, recording can be triggered to start when “3 or more people are in a stairwell between the hours of 11:00 p.m. and 6:00 p.m.,” reducing the video storage requirements.

On the flip side, many security cameras also offer a continuous recording option. Notifications will only be sent to property owners once activity or motion is sensed; however, these cameras will continue recording throughout every minute of every day. So, these systems will ultimately demand a much higher level of storage than just event recording.

Another significate consideration to take into account is the frame rate. Surveillance footage that is captured at just 30 frames per second (fps) will require much less space than footage recorded at 60 fps. And although not all cameras allow for the frame rate to be adjusted, a higher frame rate will often result in better-quality footage. This is important to consider in the event of litigation as well.

Environmental conditions can also impact frame rate– most notably, lighting conditions. When there is low lighting, some cameras will actually purposefully adjust and capture footage at a lower 15 fps. However, when lighting levels are sufficient, these cameras will revert to a typical default of 30 fps.

While it would be optimal to surveil your property using maximum resolution and the highest frame rate possible, this combination will ultimately result in astronomical storage requirements.

When considering video storage capacity, it is also crucial to take stock of your property’s quantity of motion. For instance, is your video security network surveilling a remote area or one that sees substantial traffic on a day-to-day basis? Secluded or less-trafficked areas will inevitably require less footage storage; meanwhile, highly trafficked areas will require much more.

This video storage can also occur in three different locations. If you choose to store footage within your camera, also known as “at the edge,” then you will utilize an SD card. One SD card with 128 gigabytes (GB) of storage can hold between one to two months of video– depending upon video settings like resolution and frame rate, as well as the quantity of motion being detected.

The second option is to store via an NVR– or network video recorder. NVRs can store many terabytes (TB) of data for high quantity of motion properties. This system is also typically sized to store between thirty and ninety days of video footage with full on-site analytical reviews.

Finally, network-attached storage (NAS) devices can expand on-site storage nearly infinitely. However, this level of storage will also come at a higher price point and may not be optimal for all video security system owners’ needs.

Storing footage in the cloud is also a viable option– since storage is infinitely expandable and is fairly inexpensive for consumers. Cloud-based video systems will typically allow for a fixed amount of storage, with options to expand as consumers need to store more footage.

A typical storage solution would utilize a combination of these options. SD cards would store footage at the edge, along with an NVR that is on-site– providing a two-tiered layer of protection. Additionally, any footage that captures an incident is also saved to either the cloud or an external hard drive for safekeeping.

A codec is a kind of encoding software that essentially translates recorded surveillance footage into a language that computers can read and store. There are several different types of codecs, though, and each one stores video footage at slightly different rates and storage sizes.

Compression is equally as important to consider. In other words, captured surveillance footage is often not stored in its full size. Instead, it is most often “compressed” in order to occupy less space on your hard drive or memory card. So, it is important to understand the compression algorithm used by your purchased security system brand in order to determine how much memory your footage will require to store.

Storage Heavily Depends On Your Intentions

Property owners looking to store a lot of footage in one singular storage site can invest in the two-tiered SD card and NVR approach. And, in the event of litigation, simply offload any critical files to the cloud or external hard drive to ensure that the footage is secure and easy to access.

A majority of video surveillance systems also store footage on a rolling basis– meaning that older footage is erased and replaced once memory capacity is reached. However, particular incidents can also typically be “bookmarked” so that critical files are not written over with new footage.

This is important to remember when holding onto precious video footage that may be used in court, as well as utilizing archival methods– like the cloud or external hard drive– to ensure the protection of your evidence over long periods of time.