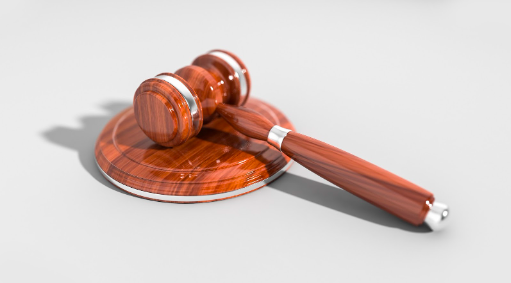 There are countless upsides to installing a video surveillance system on your business or personal property. However, there are two overarching benefits that ultimately protect you in two distinct scenarios. Before any break-in, theft, or other illegal action can occur, having video surveillance systems has been shown to reduce the chance of crime by 50% or more.

That figure is promising; however, there is still always a chance crime will occur anyway– surveillance system in place or not. So, the second umbrella benefit of having a trusted video security network is knowing that if your business is vandalized or your house is broken into, you will have indisputable evidence of the crime– and, ideally, the identity of the perpetrator– caught on camera.

This latter benefit is essentially why video security systems have become the go-to for anyone hoping to achieve a double layer of protection. But what many business owners and homeowners often forget to consider is how to ensure all recorded surveillance footage is actually admissible in court in the event of litigation.

Video Footage Is A Leading Form Of Evidence In Courtrooms

Starting in the mid-1990s, the popularity of video surveillance systems boomed and has continued to skyrocket ever since. During the first wave, police departments installed cameras in countless public places throughout the country, such as schools, parks, and housing projects. Then, CCTVs made their way to banks and stores in hopes of deterring theft. Finally, this move paved the way for the home security sector, which emerged shortly afterward.

Now, footage collected from these various surveillance systems has become a critical tool in solving crimes and seeking justice in the courtroom. According to the U.S. Department of Justice’s Bureau of Justice Assistance, an estimated 80% of litigated crimes involve video evidence.

But unfortunately, simply having video surveillance of a crime does not always make said footage admissible in the courtroom. This means all current and prospective security system owners must be aware of four critical criteria when setting up or maintaining their network: image clarity, time stamping, availability of footage, and chain of custody.

Clarity Can Make Or Break Your Case

In our digital era, an unthinkable variety of video camera equipment is readily accessible to consumers at a range of costs and resolutions– from smartphones to industry-grade video cameras. When installing a video surveillance system, though, you should never sacrifice resolution for a cheaper price– because the quality of footage captured during a crime can make or break your court case.

For instance, megapixels matter. A 2MP camera might be considered “high definition,” but it has the lowest possible pixel ratio– sixteen-to-nine– in the high definition category. Using a 6MP camera, on the other hand, can drastically increase the clarity of surveillance footage since hundreds of thousands of more pixels are captured per frame.

Even though these pixel differences might seem minute, they can be the difference between first, making a positive identification of a perpetrator. And second, actually achieving justice in a court of law– since convictions only occur if video evidence provides proof beyond a reasonable doubt.

In a similar vein, the way in which you size your cameras as well as angle your cameras is equally important. If you are a small business owner, you want a surveillance camera at the counter that will capture customers’ faces– not their lower bodies.

Timestamps Are Critical Components Of Proof

If you have an obsolete or ill-maintained video security system, then you should immediately check that your camera’s timestamps are properly functioning.

Timestamps log the exact date and time any footage is recorded. So, having inaccurate timestamps can single-handedly ruin the integrity of any video evidence– because, again, all it takes is an ounce of reasonable doubt to undo what is otherwise a solid case. In turn, it is critical that video security network owners adopt modern and reliable systems to avoid any risk of evidence inadmissibility should a crime ever occur.

Having footage of a perpetrator committing a crime on your personal property or at a commercial establishment is one thing. However, properly storing that footage is an entirely different ballgame.

Pursuing legal action against an assailant is not a quick or easy process. In fact, if a case is not resolved during the mediation stage and actually reaches trial, it can take between 12 to 24 months to litigate. That is a very long time to hold onto precious and potentially incriminating evidence.

So, ensuring that your video footage is safely archived while also being readily accessible in your system when needed is key to making the litigation process as smooth and successful as possible.

Don’t Forget To Document The Chain Of Custody

Finally, proving that the integrity of any captured video evidence has not been compromised is also critical– which is why the footage chain of custody has to be documented. In other words, video security network owners must properly document how exactly footage is stored, as well as who has access to the footage and who has directly handled it.

Being able to show a well-tracked chain of custody for the recorded video footage in court can only make your case stronger by dismissing the possibility of potential evidence tampering.