The last solar eclipse occurred on March 20, 2015 blocking all direct sunlight. The track of the eclipse passed across the North Atlantic and into the Arctic Ocean and lasted 2 minutes and 47 seconds off the coast of the Faroe Islands. At the time, it wasn’t much of a significant event as it relates to solar power production and storage, given the event’s geographic location and the fact that it  took place over the ocean where solar energy is not being harvested. 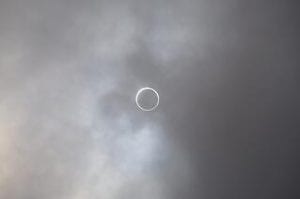 Fast forward to today, given the huge spike in US solar installs both residential and commercial, the demand on the sun has grown exponentially. So what would a solar eclipse due today?  According to Bloomberg, “a calculation of grid forecasts shows that more than 9,000 megawatts of solar power may go down. That’s the equivalent of about nine nuclear reactors and 7 million homes.” The analysis shows the incredible increase, almost 9 times, of demand on solar power since 2012 alone.

“We rely so heavily on solar production to offset traditional methods of supplying electricity that we are now faced with a huge problem,” said RESOLUTE Partners Director Federal Solutions Aaron Ezrilov. “This upcoming solar eclipse will not only be over the United States but is expected to last up to 4 hours in some regions. This lose of power sheds a light on an important piece of the solar power equation, which is energy storage.”

Interuptions in the energy production cycyle are few and far between, but occurances like these can shed light on important questions around gaps that may exist. Will energy storage be the next boom? Federal tax rebates currently cover energy storage, but will the current administration support and extend these programs?

Subscribe to find out what happens on August 21st, 2017 and what the Administration and industry does to fortify events such as these.